This year 267 tons of marine life, including thousands of small fish and 72 Goliath groupers, have washed up along 150 miles of the Gulf Coast from the unrelenting bloom 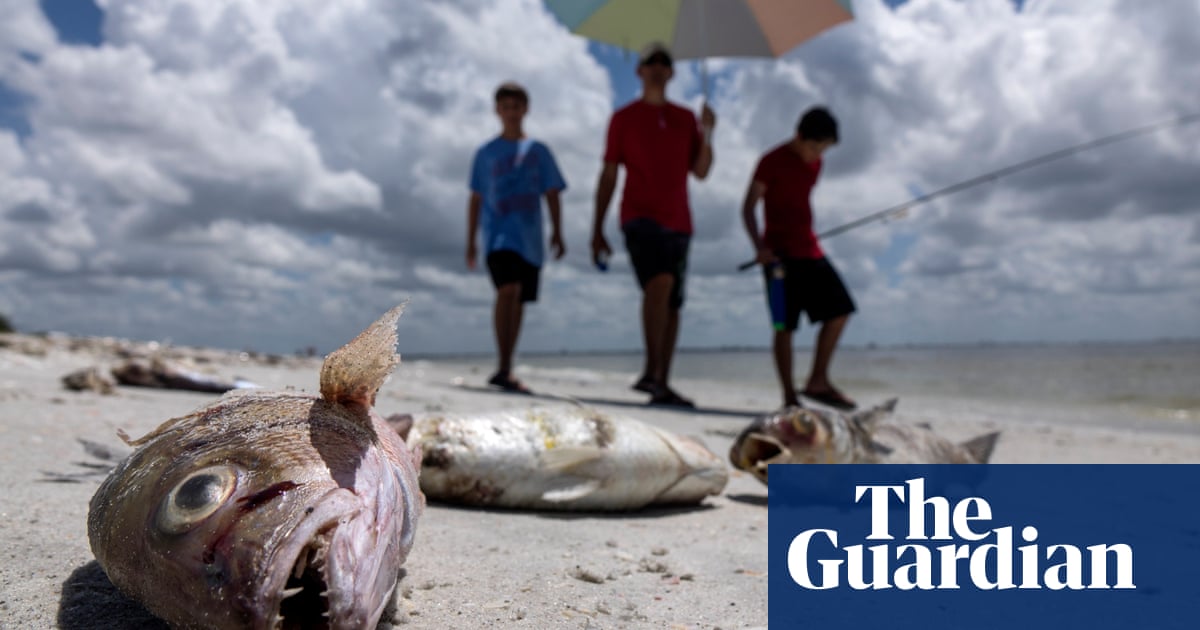 With its long, white, sandy beaches, Sanibel Island off the coast of south-western Florida is usually a perfect place for families to enjoy these last days of summer.

This year, however, 267 tons of marine life, including thousands of small fish, 72 Goliath groupers, and even a 21-ft whale shark have washed up on the beach since July – thanks to a a disastrous “red tide” of toxic algae.

“We had groupers probably four feet and five feet up here, and all kinds of fish [wash up],” said Andrew Stone, who was taking a sunset walk on Sanibel’s Lighthouse beach with his wife, Joyce Hillman. The couple comes here from Bonita Springs every year.

“We had the binoculars and we were looking at fish bobbing up and down way out there, bigger than those buoys,” he said, pointing about 100 meters offshore. “And the bugs were horrific.”