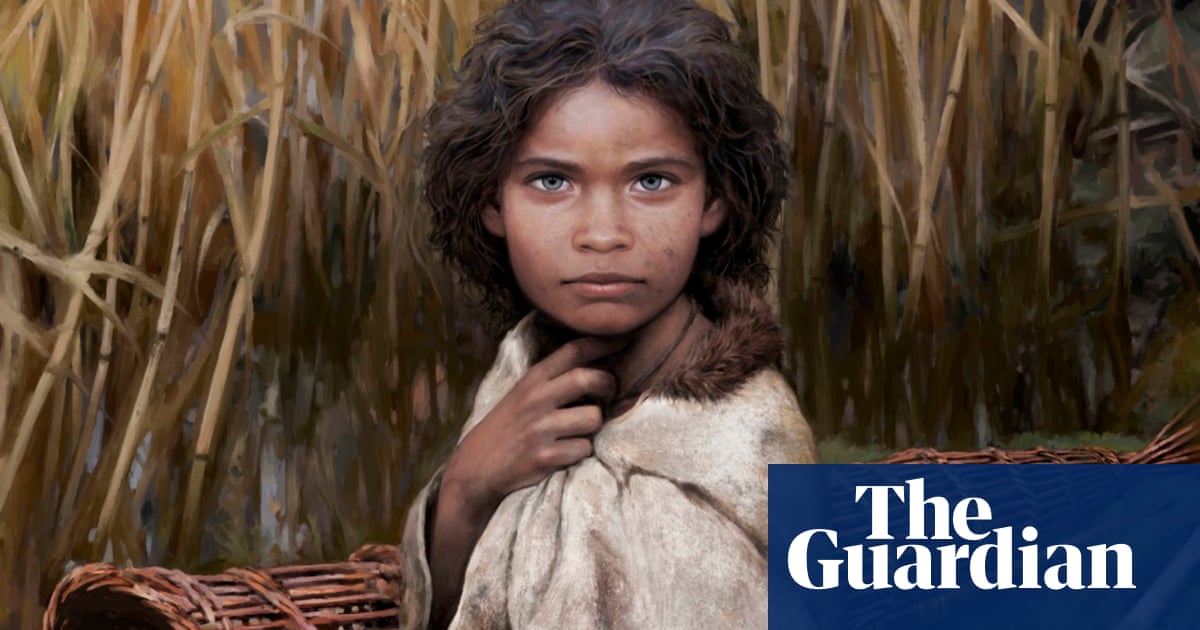 At the dawn of the Neolithic era, a young woman discarded a lump of ancient chewing gum made from birch tar into a shallow, brackish lagoon that drew fishers to the coast of southern Denmark.

Nearly 6,000 years later, researchers excavating the site spotted the gum amid pieces of wood and wild animal bone and from it have reassembled her complete DNA and so painted the broadest strokes of her portrait.

The strands of DNA preserved in the gum point to a hunter-gatherer from continental Europe who had dark skin, dark hair and blue eyes. She lived near the lagoon, itself protected from the open sea by shifting sand barriers, about 5,600 years ago, according to carbon dating of the birch tar.

Alongside her DNA, the researchers found genetic material from duck and hazelnuts – presumed remnants of a recent meal – and at least 40 types of microbes.

Hannes Schroeder, a molecular anthropologist at the University of Copenhagen, said: “This is the first time anyone has got a full ancient genome from anything other than bone or teeth. The preservation of the gum is quite extraordinary. We didn’t expect to get the whole genome.”

The 2cm-long lump of ancient gum was discovered during archaeological excavations at Syltholm on Lolland Island, before construction work on the Fehmarn tunnel to connect Denmark to Germany. The stone age site was more than a fishing ground, with piles of bones from cattle, deer, ox, wildcats, dogs and otters all deposited there, near the remnants of wooden fish traps, over hundreds of generations.

“This was a place of special significance,” said Theis Jensen, a researcher at the University of Copenhagen, and first author on the study. “These people didn’t live at the site, but probably on dry land a couple of hundred metres away.”

Birch tar, made by heating the tree’s bark, has been used as a natural adhesive for hundreds of thousands of years. In the stone age, the material was extracted on a mass scale to haft arrowheads and other tools. But it had other applications too. Lumps of the tar found at archaeological sites often contain juvenile tooth marks, and given that it contains antiseptic substances, it may have served as a prehistoric tooth brush.

Jensen and Schroeder wondered whether the chewed birch tar from Syltholm might contain preserved DNA. To find out, they washed pieces of the tar and extracted what DNA they could find. Jensen said: “It turned out there was a tremendous amount of DNA in it.”