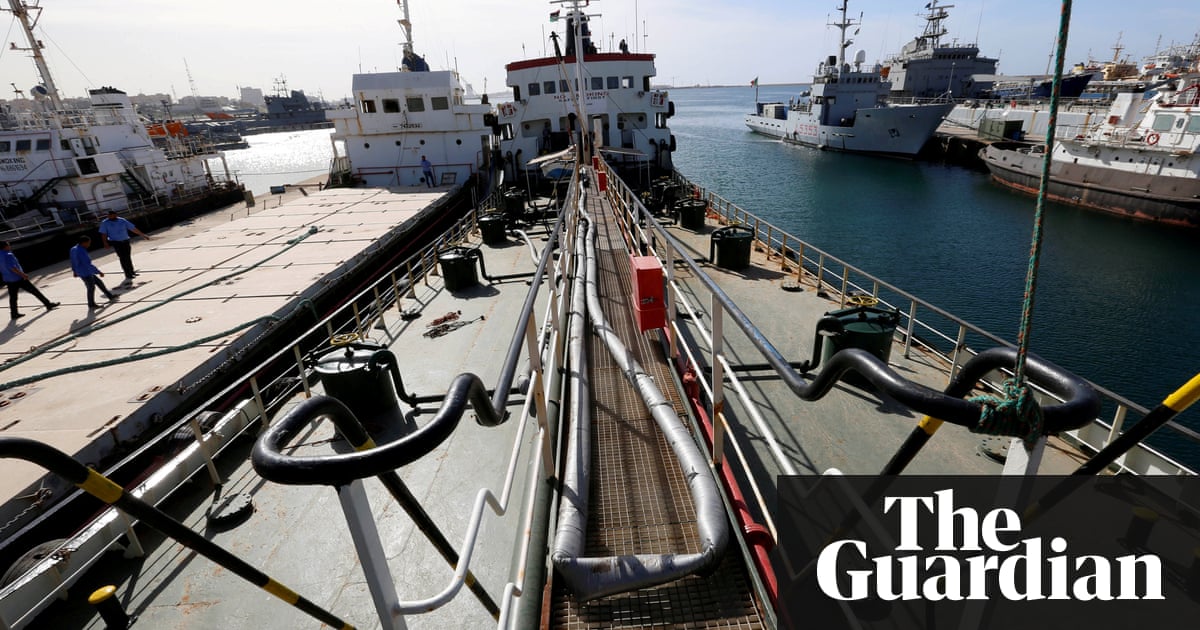 Maltese authorities are failing to rein in illegal fuel smuggling, turning the island into a haven for traffickers of oil from Libya.

International observers have warned that it is contributing to destabilisation in Libya and costing the country nearly $1bn (£740m) a year in lost revenue.

An investigation by the Daphne Project, a consortium of 18 media organisations that has taken on stories pursued by the murdered Maltese journalist Daphne Caruana Galizia, has found evidence that Malta failed to act on calls by Italian authorities to try to stop the illicit trade.

The Guardian’s partners in the project, led by the Investigative Reporting Project Italy (IRPI) and the newspaper La Repubblica, found that, according to Italian police sources, Maltese authorities have not taken steps to prevent ship-to-ship transfers that have taken place about 12 miles (19km) off the Maltese coast, in the country’s contiguous waters. The Guardia di Finanza, Italy’s financial police, have spotted at least 12 acts of ship-to-ship smuggling operations in Malta’s contiguous waters over the past six months, the same area where the practice occurred in 2016.

Sources in Malta’s fishing cooperatives told the Daphne Project that previous acts of smuggling by individuals who have since been arrested in Italy involved vessels that were allowed to dock at two bunkering facilities in Malta, but were never checked by the Maltese coastguard.

The Maltese home affairs and national security ministry, which administers customs and law enforcement, did not respond to requests for comment.

Andrea Bonomo, a prosecutor in Catania who led an Italian investigation into the smuggling trade, said documents that allow smugglers to claim fuel was derived from Saudi Arabia, when it came from Libya, were still being forged in Malta, months after Italy arrested one of the ringleaders.

“We have attempted several times to collaborate with Maltese authorities on the oil-smuggling investigation, with several international requests for information, but they have gone unanswered for 18 months,” Bonomo said. Following Caruana Galizia’s murder, he said, some documentation was provided by Maltese authorities about the illicit smuggling, but it was “incomplete compared to what we had requested”.

The issue has emerged as a source of international concern. In February, the US Treasury warned that smuggling of illicit fuel was a threat to peace and security in Libya. It sanctioned six people, five of whom are Maltese, for their role in the illicit production, refining and export of Libyan fuel.

Mary Fitzgerald, an independent researcher specialising in Libya, said: “Fuel smuggling is both a cause and symptom of Libya’s dysfunction.

“It is costing the country at least $750m a year, according to the Libyan National Oil Corporation. About 30-40% of fuel produced and imported by Libya is stolen or smuggled, and while the NOC has done laudable work in highlighting the problem, tackling it requires a level of political will that is lacking at present.”

Among the list of individuals sanctioned by the Treasury was Darren Debono, a former Maltese national footballer who was arrested in Italy last year and accused by Italian prosecutors of playing a key role in the illegal Malta-based smuggling network.

Bonomo has alleged that Debono and his network, including a Libyan militia leader arrested in Tripoli last year, had ties to an affiliate of the Santapaoloa family in Catania, one of the most powerful mafia clans in Sicily.

Debono is under house arrest in Catania. A trial is due to begin in a few weeks. He has pleaded not guilty to smuggling charges.

In April, an associate of Debono who had once bought smuggled fuel from his operation was seen operating floating fuel stations around Malta, according to a source who spoke to the Daphne Project.

Three men have been arrested in connection with Caruana Galizia’s killing and pleaded not guilty. The motive behind her death is still unclear.