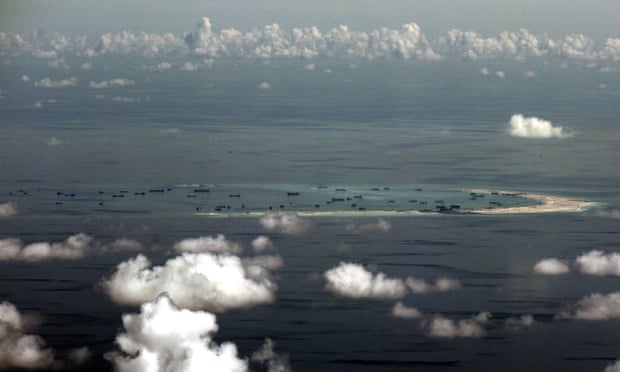 Chinese oil major Sinopec is building a filling station on an island in the South China Sea, as China continues to expand its civilian infrastructure in the disputed waterway, entrenching its reaching in the maritime heart of Southeast Asia.

The filling station and accompanying storage tank on Woody Island in the Paracels will take a year to complete, the company, whose listed flagship is Sinopec Corp, said on its microblog on Monday.

Woody Island has a population of roughly 1,000 and Chinese travel agents began offering five-day cruises to the Paracels, a cluster of close to 40 islets, outcrops and reefs in 2013.

The filling station and storage tank will satisfy gasoline needs in Chinese-controlled islands and reefs in the South China Sea over the next few years, the post said.

Nouveaux riches, go fishing in Sansha city, and remember to bring your filling card, it quipped, referring to an outpost in the South China Sea centred around Woody Island.

China took full control of the Paracels in 1974 after a naval showdown with the South Vietnamese, and there have been incidents ever since. Taiwan also claims the Paracels.

China claims almost all of the energy-rich waters of the South China Sea, through which more than$ 5 trillion of maritime trade passes each year. The Philippines, Brunei, Vietnam, Malaysia and Taiwan have overlapping claims.

The United States has criticised Beijings building of artificial islands in the disputed Spratly archipelago, south of the Paracels, and has conducted ocean and air patrols near them.

Chinas navy has in recent days carried out more workouts in the disputed waterway, the countrys defense ministry said on Sunday, calling them routine drills.