A PIKE scaling a monster 53 lb 2 oz was discovered during UK lockdown at a top fishery.

What could be Britain’s biggest pike ever was found dead. Not long ago, it may have been even heavier than the carefully recorded 53 lb 2 oz weight.

The venueâs boss believes that the huge female could have weighed over 55 lb when alive, at his Bellflask Fishery, near Ripon, North Yorkshire.

Conservationist Brian told Anglerâs Mail: âI was walking round with my idiot dog Molly when I found a spawning casualty pike in the margins near some willows.

âEvery year I lose one or two of the larger pike to spawning stress at this time of year.

âTwo weeks previously I found one that weighed 39 lb 4 oz. I took some scale samples that indicate the fish was in the nine-plus yearclass.

âThis fish was obviously in a different size range. On the scales it weighed 53 lb 2 oz, and had been shedding eggs before it died.

âApart from being dead, its body and fins were in perfect condition. Alive it would have been an impressive beast.

The giant pike was weighed on these scales.

How biggest pike was weighed

Although the specimen would count for no official biggest pike record, it was weighed with precision.

âI nearly got a hernia lifting the fish onto the scales.

âIt is really impossible to estimate how many eggs had already been shed, but I think it would be fair to say this fish alive a fortnight ago would have been over 55 lb, which is extraordinary.

âIt would have been lovely to have caught a pike of this size, but I do not have an ego with fishing. I enjoy it for what it is, and I feel privileged to have clapped eyes on a 53 lb pike.

âTo give you some idea of size in the photographs, I am 6 ft 2 in. tall, the camera was a Canon with a standard lens, not a wide angle. Take it from me, that fish is as big as it looks.”

Another view of the massive pike, as seen on the extra large weigh sling.

Venue has many more treasures

Brian revealed more about his fishery, which is sure to be firmly on the radar of anglers seeking to catch their personal biggest pike.

âAlthough this is a strict trout fly fishery, the main food of the pike is roach, of which there are myriads,” he said.

âFor the past 20 years my wife Susan and I have been monitoring and recording all
the wildlife at Bellflask and the River Ure that runs alongside. This includes all the fish, including pike.

âEvery year between April and August a few of the large females die, either being
egg-bound, or just with spawning stress. It is the natural end of their lifespan.

âThis pike has now been recycled naturally. I laid it out in the vegetation between the lake and the River Ure. It will be eaten by badgers, as was the 39 lb 4 oz fish before it,â added Brian.

The biggest pike caught fairly in Britain on fishing tackle is officially a 46 lb 13 oz beast. That was caught back in 1992 by Roy Lewis at Llandegfedd Reservoir, in South Wales.

But there have been three bigger pike caught on rod and line, as you’ll see in the list below.

England’s biggest pike ever on rod and line, as you’ll see on ourÂ  Top 10 list, scaled 46 lb 11 oz, and was reported fully by AM.

Other giants have turned up unexpectedly, much like the 53 lb 2 oz Bellflask beast…

There was a 50 lb 12 oz pike found dead by Bill Palmer at The Warren Fishery in Essex. That came in the early 2000s and Mick Toomer had the fish set-up.

The Daily Mail published an article in 2013 about a huge pike skull found by farmer Peter Mone near the River Cherwell. That Oxfordshire giant was at 50 lb. 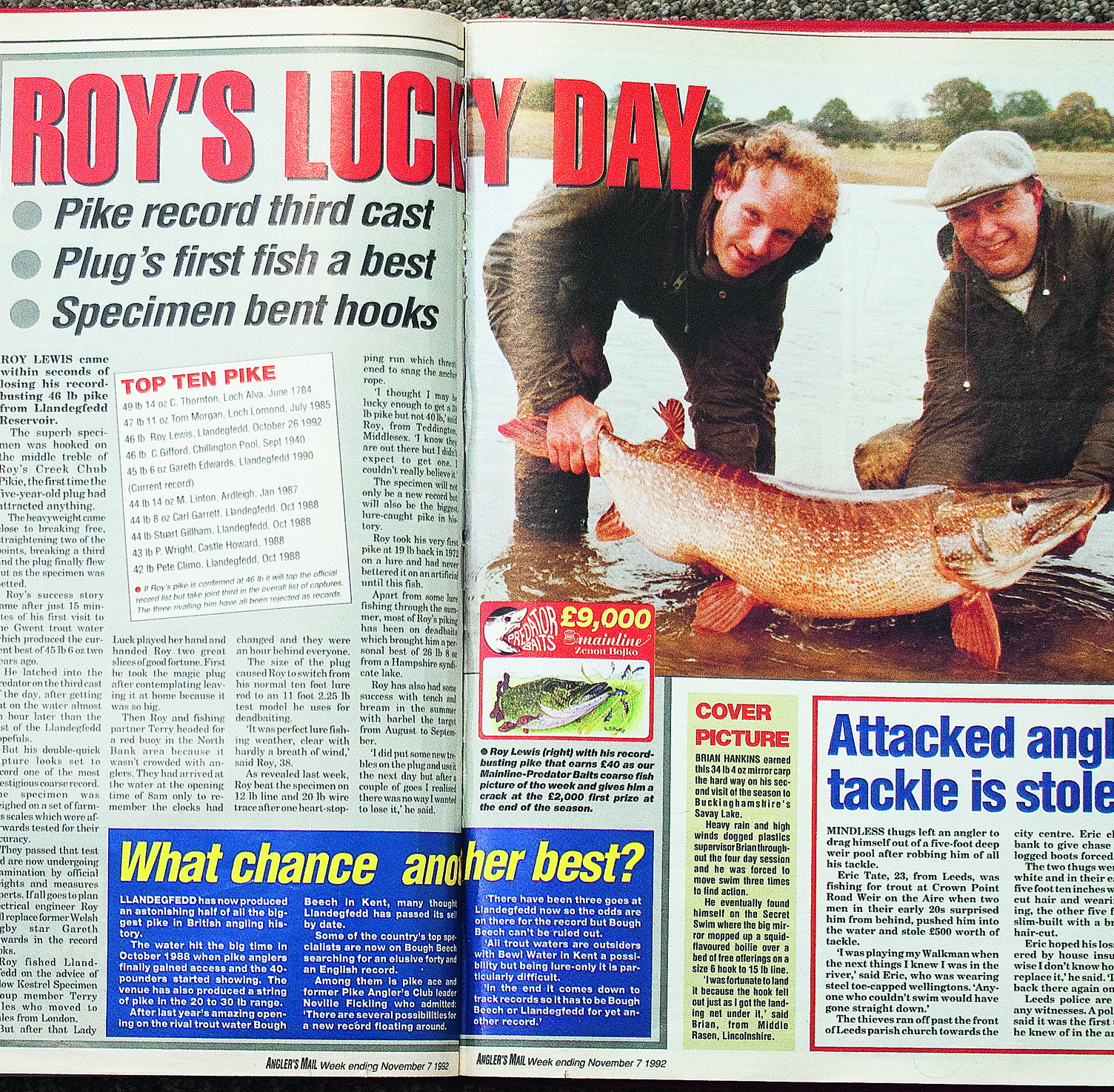 As Angler’s Mail magazine revealed last winter, Llandegfedd Reservoir in South Wales was set to re-open this year for piking… 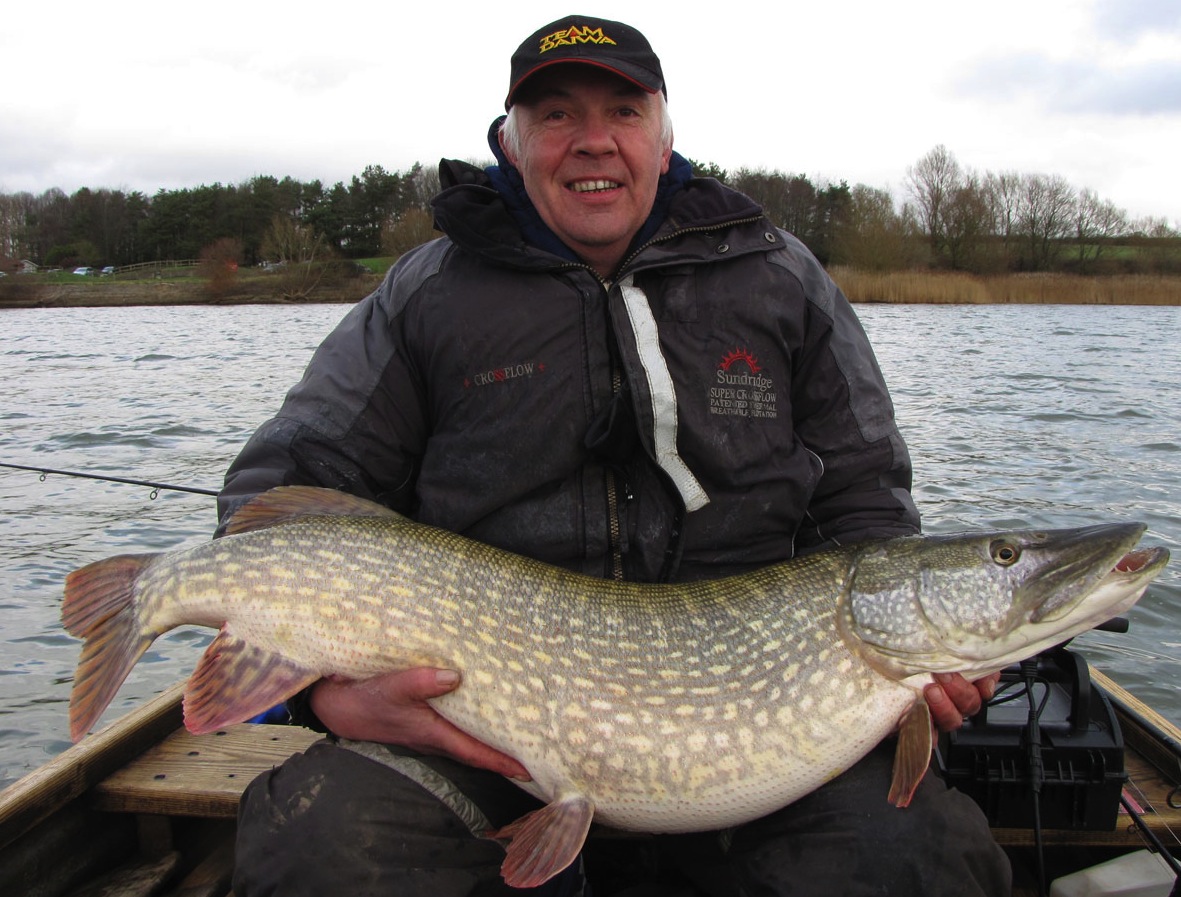 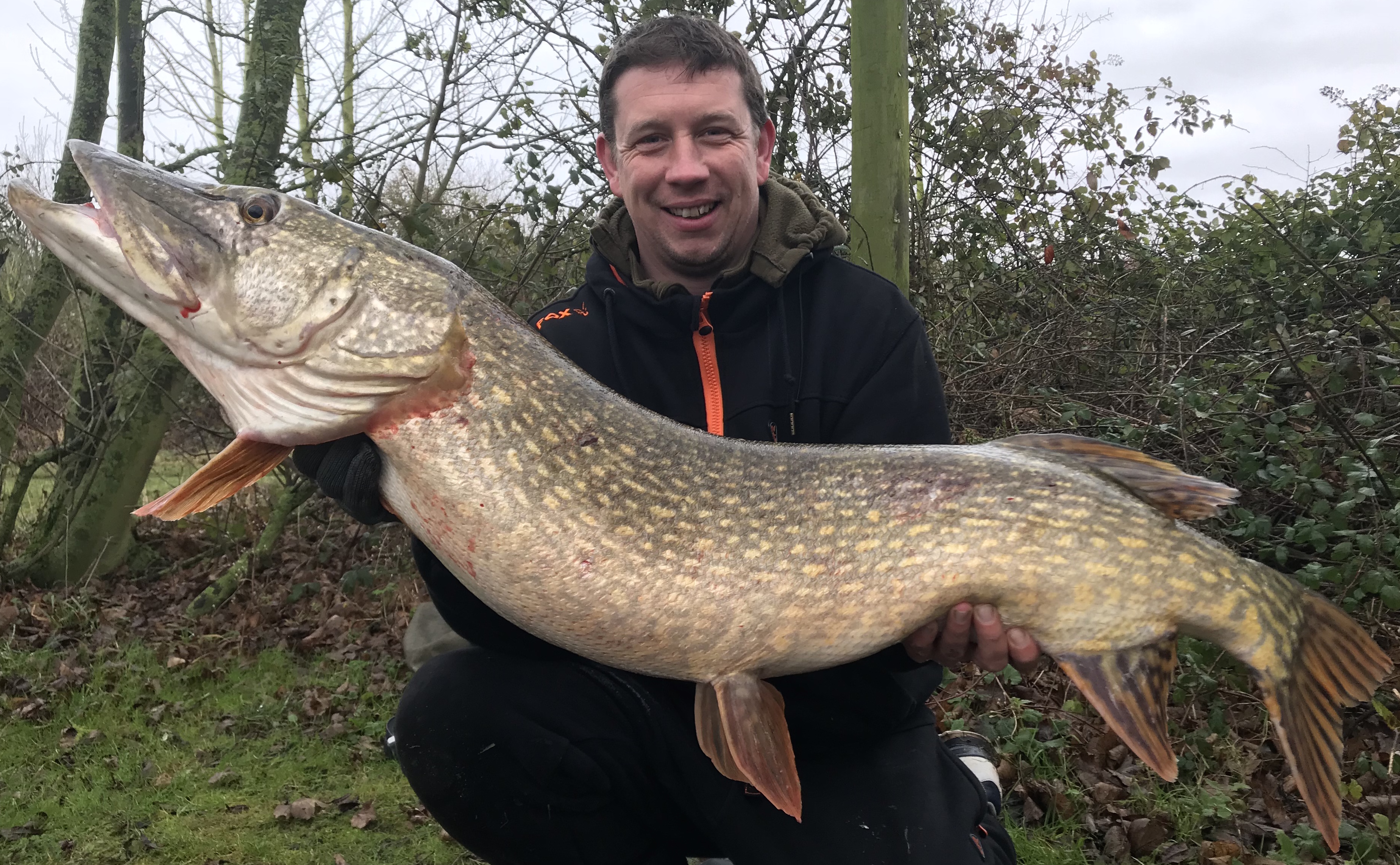 Helpringham, Lincolnshire-based Ron explained: âI was on a 24 hour session for carp. There wasÂ  only an hour to go… 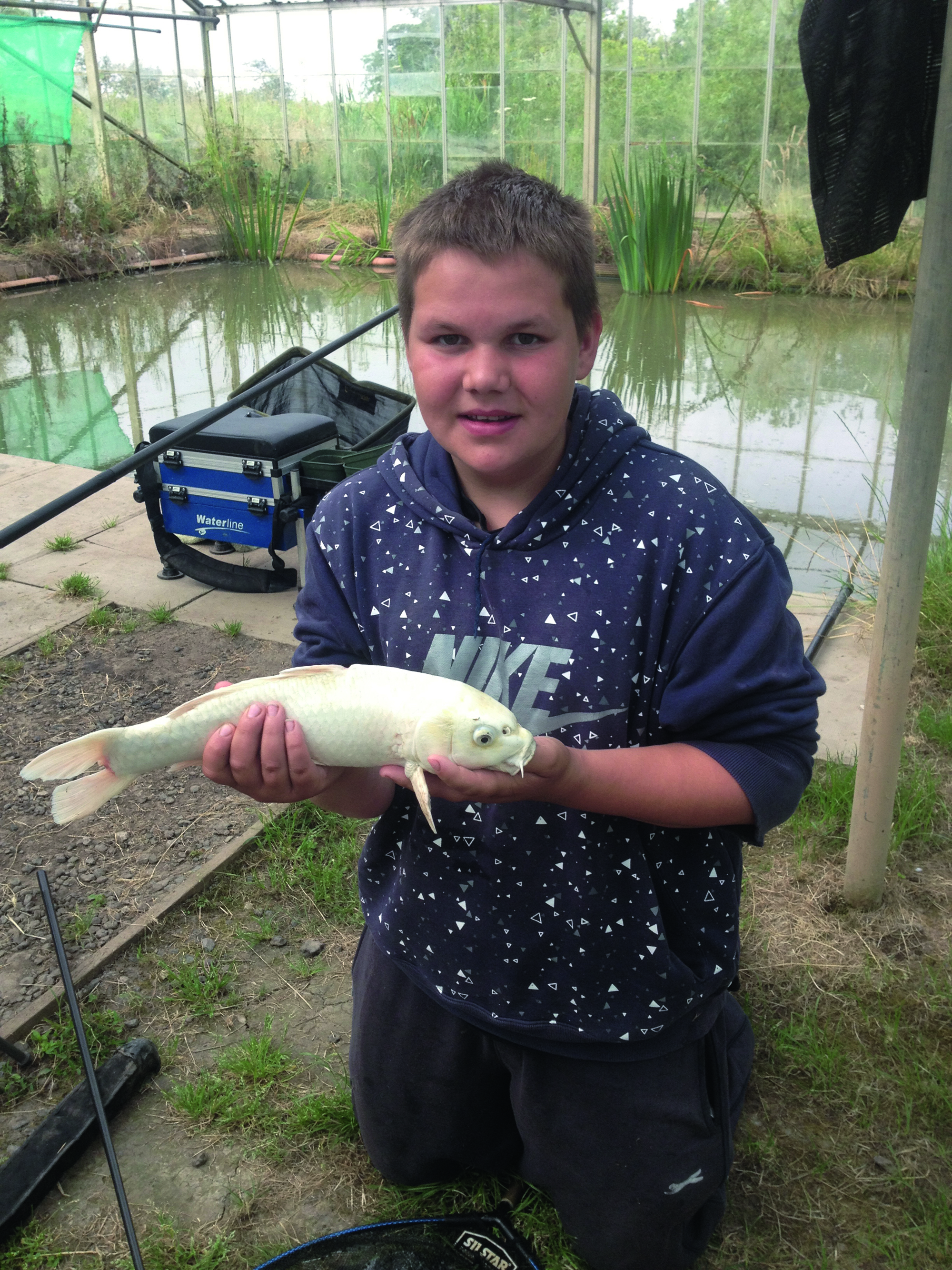 EVEN though there are sure to be a few frosts in the weeks ahead, pike will still be on the…