ONE of the biggest names in carp fishing has signed for the bait firm that he used when he was first making his way in the sport.

Often outspoken, and nearly always successful in his pursuit of Britain’s biggest carp, Essex-based Jim Shelley feels he has now found his true ‘home’ with Mistral Baits, and he has been explaining why.

“In the early days, I used to get my bait from him when there were very few commercial bait companies around, and I actually caught my first UK 30 lb fish using his baits.

“Allan and I have had various conversations over the years, but for one reason or another, we just didnât get around to striking a deal.

“Having been on the carp fishing circuit for longer than I care to mention, Iâve been associated with various brands over the years, and Iâm very proud to be able to say that Iâve given my all for each and every one of them.

“Things havenât always worked out how Iâd hoped, but if thereâs one thing Iâve learned over the years, itâs that the haters are always gonna hate, and the keyboard warriors will always be out in force, especially if you achieve any kind of success.

“Iâm now delighted to be able to say that after visiting Allanâs enormous bait factory in Wellingborough, and having seen what actually goes into these baits, I have accepted the role of Media Consultant for Mistral Baits.” 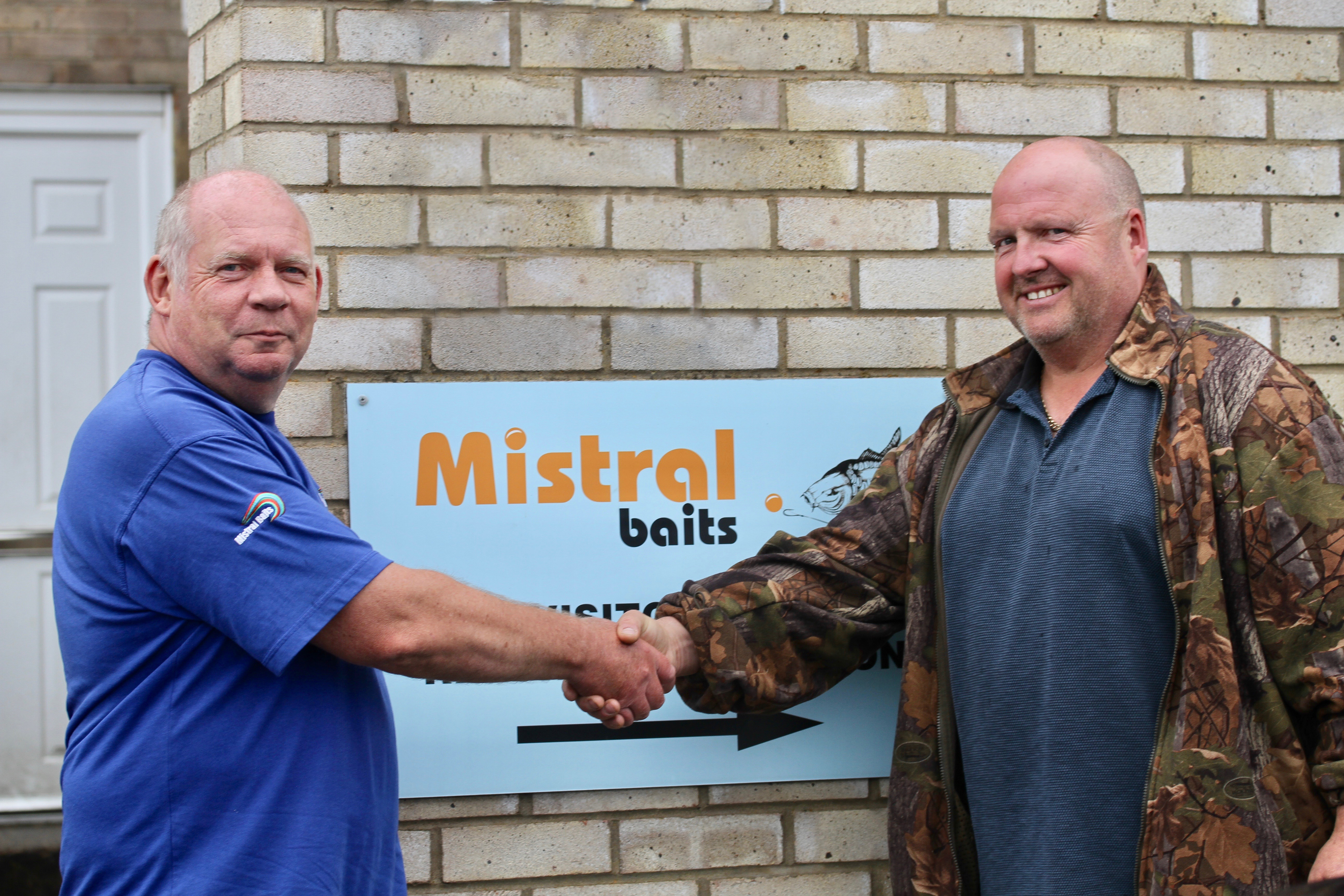 Jim Shelley (right) shakes on a deal with Allan Parbery at Mistral Baits.

Jim, who is a popular carp angling coach and author of several books, said: “Mistral have been going strong for over 30 years.

“And I genuinely believe that itâs a testament to the quality of the products that they make, that during a period when weâre seeing lots of tackle and bait companies folding, Mistral are still here, rolling seriously good British-made baits.

“When I visited Mistral HQ, I spent a lot of time with Allan, but I also had the opportunity to speak with his amazing staff, all of whom are talented anglers in their own right.

“It makes a massive difference to me in terms of confidence knowing that the baits Iâll be using are made by the anglers using them themselves.

“The set-up they have at Mistral is absolutely mind-blowing, and thereâs a serious buzz about the place. Iâve never seen so many sacks of Haithâs ingredients, and I honestly felt like a kid in a sweetshop!

“On the way home, I popped into Waveney and managed to bag a 20 lb 8 oz mirror on the Belachan Shrimp, so, as you can imagine, I was well happy christening the new baits the first time out.

“People say you âshouldnât fix what ainât brokeâ, and I really feel like Iâve come back to my roots, signing up to what I see as one of the true pioneers of British bait-making.

“Iâm really looking forward to working with Allan and all the team at Mistral. Watch this space!” added Jim.

For the best exclusive content, read Anglerâs Mail magazine this week. This print issue of Angler’s Mail is in shops priced Â£2.20. Get your copy asap.

An ‘AM sub’ also makes a great gift for you, or for any angler… and it is ideal for any angling dad for Father’s Day (June 16). 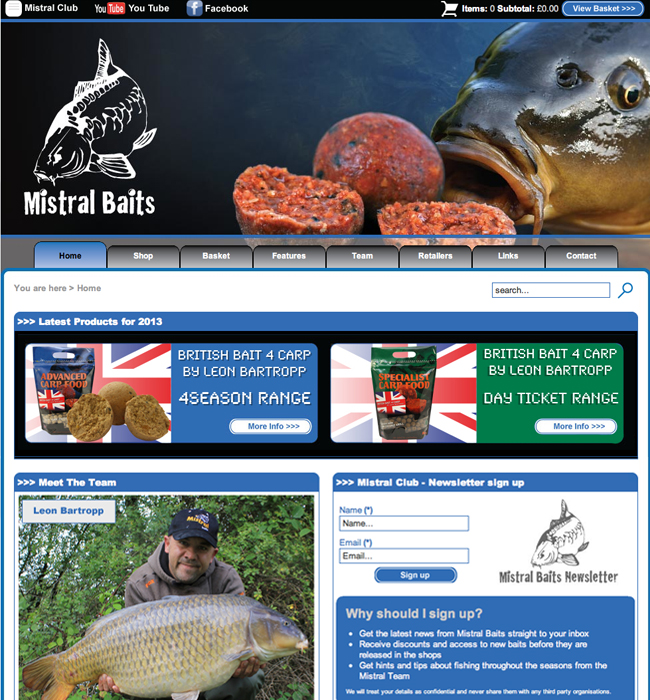 MISTRAL BAIT have launched their 2013 website –Â www.mistralbaits.co.uk All their top secret new baits for 2013 are revealed, and you… 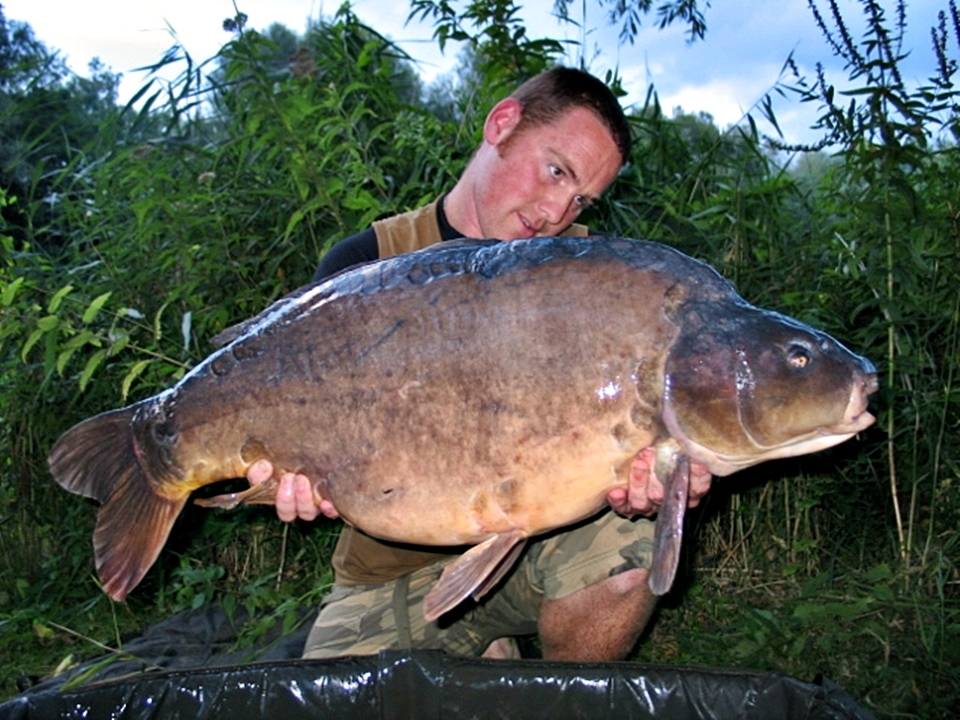 CARP being so much more visible in the summer really helps you to observe individual fish, and time spent watching…

The hair rig remains the biggest advancement carp angling has ever seen, but weâve changed how we use it… 1.…