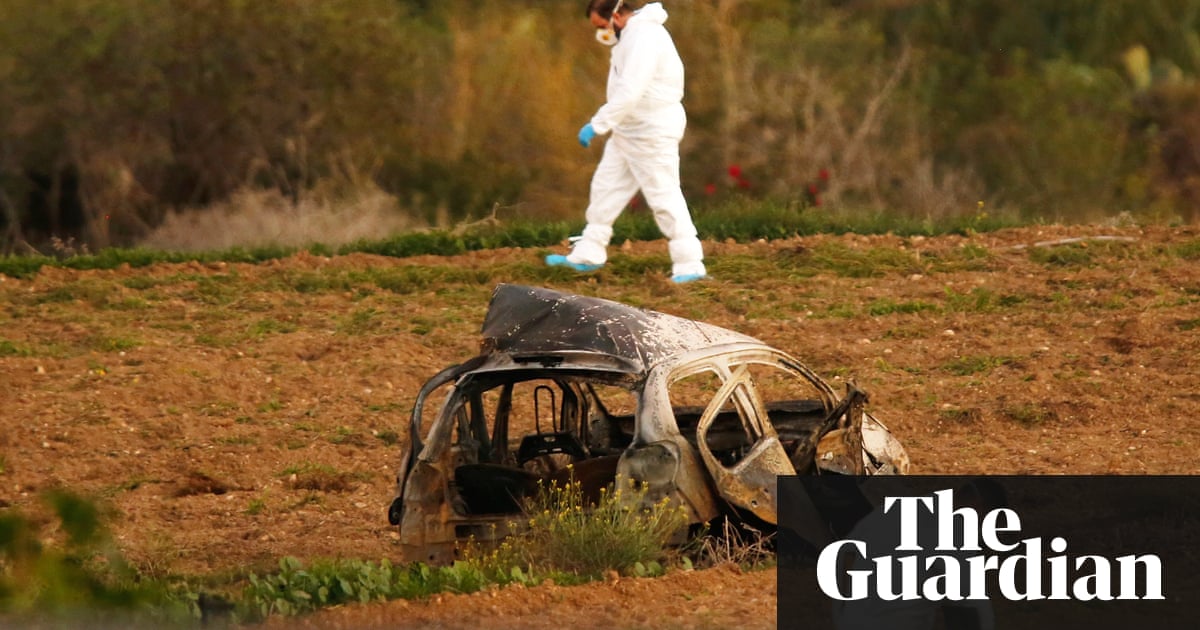 The explosion was so loud it shook the windows of the family home.

In a cold panic, Matthew Caruana Galizia ran to the front door, barefoot.” That moment, opening the door, the dogs barking, the lighting, I simply believed I was going to collapse on to the floor .”

The neighbours were already outside. He sprinted past them, down the clay track that leads to the village road, barely aware of the stones cutting into the soles of his feet. Halfway down “hes seen” the column of black smoke.

In front of him were the remains of a burning vehicle, his mother’s. She had been inside it.

The murder six months ago of the journalist Daphne Caruana Galizia sent shockwaves around the world.

In Malta, the prime minister, Joseph Muscat, and his party stand accused of allowing corruption to go unpunished, of weakening the police and the judiciary, of allowing an environment in which her killing became possible.

But it runs deeper than that. The European Union must now decide how to deal with its smallest member state- an island that appears to have become a magnet for felons and kleptocrats, and that some MEPs fear has become a gateway for dirty money into the rest of the continent, including the UK.

The profound questions raised by Caruana Galizia’s murder have become the focus of a new collaboration: the Daphne Project.

With the support of her family, a group of 18 international media organisations, including the Guardian, Reuters and Le Monde, has come together. Led by Forbidden Stories, whose mission is to continue the work of stillness journalists, the group has spent months piecing together Caruana Galizia’s story and pursuing such investigations she was working on when she was killed.

Today, the project launches with the story of her assassination, of the men facing trial for the crime, and the enduring mystery of who ordered it, and why.